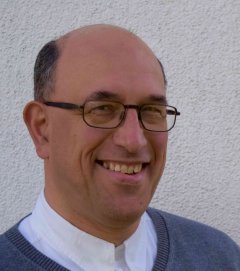 Bio: Serge Demeyer is a professor at the University of Antwerp (Department of Mathematics and Computer Science) and the spokesperson for the ANSYMO (Antwerp System Modelling) research group. He directs a research lab investigating the theme of “Software Reengineering” (LORE - Lab On REengineering). In 2007 he received a “Best teacher” award from the Faculty of Sciences at the University of Antwerp. As a consequence he remains very active in all matters related to teaching quality.

His main research interest concerns software reengineering, more specifically the evolution of object-oriented software systems. He is an active member of the corresponding international research communities, serving in various conference organization and program committees. The University of Antwerp hosted a number of influential scientific conferences among others the 15th edition of the “Working Conference on Reverse Engineering” (WCRE) in September 2008; the 25th edition of the renowned “Automated Software Engineering Conference” (ASE) in September 2010 and (last but not least) the “Software Evolution Week” (CSMR-WCRE 2013) in February 2013. He has written a book entitled “Object-Oriented Reengineering” and edited a book on “Software Evolution”. He also authored numerous peer reviewed articles, many of them in highly respected scientific journals. He completed his M.Sc. in 1987 and his Ph.D. in 1996, both at the “Vrije Universiteit Brussel”. After his Ph.D., he worked for three years in Switzerland, where he served as a technical co-ordinator of an European research project. Switzerland remains near and dear to his heart, witness the sabbatical leave during 2009-2010 at the University of Zürich in the research group SEAL.