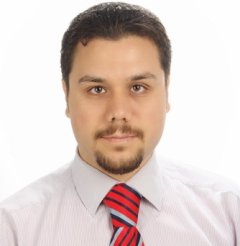 Dr. Moharram Challenger received his Ph.D. in IT from International Computer Institute at Ege University in Feb 2016. He also received his B.Sc. and M.Sc. degrees in computer engineering and software engineering from IAU-Shabestar and IAU-Arak Universities in 2001 and 2005 respectively. From 2005 to 2009, he has been a tenure-track faculty member, as a senior lecturer, at the computer engineering department, IAU-Shabestar University. From 2010 to 2013 he was a researcher and team leader of a bilateral project between Slovenia and Turkey (TUBITAK). From 2012 to 2016, he was the R&D director of UNIT IT Ltd. leading a national project funded by TUBITAK and two international software-intensive projects in Europe called ITEA ModelWriter and ITEA ASSUME. He was also an external post-doc researcher at the IT group of the Wageningen University of Research from 2016 to 2017. In 2017 and 2018, he has been a member of the faculty as an assistant professor at Ege University. He is currently a post-doc researcher at the University of Antwerp working in a Flanders Make project, called PACo. He was involved in 16 academic/industrial research projects and has published more than 20 journal articles and more than 60 conference/workshop papers. His research interests include model-driven engineering, multi-agent systems, cyber-physical systems, and the Internet of Things.