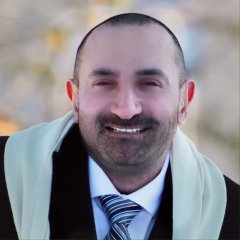 Marco Pistoia, Ph.D. is Managing Director, Head of Research and Engineering at JPMorgan Chase & Co., where he conducts and leads research in various areas, particularly Quantum Computing Formerly, he was a Senior Manager, Distinguished Research Staff Member and Master Inventor at the IBM Thomas J. Watson Research Center in New York, where he managed an international team of researchers responsible for Quantum Computing Algorithms and Applications. He is the inventor of 201 patents, granted by the U.S. Patent and Trademark Office, and 285 patent-pending applications, 26 of which are in the area of Quantum Computing. U.S. patent 8,635,602, Verification of Information-flow Downgraders, of which Dr. Pistoia is a coinventor, was featured in the news as one of the top-ten patents among the 7,534 patents granted to IBM in the year 2014.

Dr. Pistoia received his Ph.D. in Mathematics from New York University in May 2005. His mathematical interests include linear algebra, invariant theory, and quantum information theory. He has written over 70 scholarly articles on various aspects of Program Analysis, Language-Based Security, and Quantum Computing. He is the lead author of two books: Enterprise Java Security (published by Addison-Wesley in English and by Tsinghua University Press in Chinese) and Java 2 Network Security (published by Prentice Hall), both used as textbooks in many universities worldwide. More recently, he has been invited to be the editor of the book Security Data with Machine Learning, which will be published by IGI Global in July 2020.

In April 2019, Dr. Pistoia received two IBM Corporate Awards – a Corporate Award is the highest technical recognition inside IBM. He is the only IBM employee worldwide, on a population of over 350,000 employees, to have received two Corporate Awards in the same year. He has also received an IBM Research Pat Goldberg Memorial Best Paper Award (3 papers selected our of 130), four IBM Outstanding Technical Achievement Awards, two IBM Outstanding Innovation Awards, and four IBM Research Division Awards. When he was a college student, he received a European Community Erasmus Fellowship Award.

In September 2007, the Italian Ministry of Education, University and Research, the National Committee of the Italian Presidents of Faculties of Sciences and Technologies, and Confindustria, Italy’s leading organization representing all the Italian manufacturing and service companies, presented Pistoia as one of the 70 most successful Italian mathematicians who graduated from an Italian university between the years 1980 and 2000. His biography was published in the book Matematici al Lavoro.

Dr. Pistoia has dual citizenhip: American and Italian. On a personal level, Marco is the father of two beautiful children, Juliet, 11, and Charles, 9. He is also a passionate body builder and basketball player.