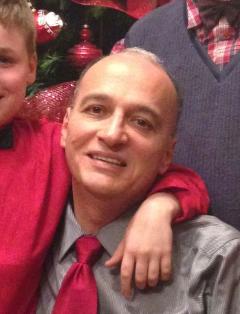 Bio: Jose’ Nelson Amaral is a professor in the Department of Computing Science at the University of Alberta. He is the head of the Compiler Design and Optimization Laboratory. His areas of expertise also include high-performance computing and computer architecture. He has published extensively in venues with strict peer-reviewing in these areas (see http://www.cs.ualberta.ca/~amaral/epublications.html).

Amaral’s extensive service to the scientific community includes membership in the program committee for many international conferences, proceedings chair for the International Parallel and Distributed Processing Symposium (for two years) and for the International Conference on High Performance Computing. Co-chair for the Workshop on Compiler-Driven Performance (four years), external reviewer for many research proposals, tenure, and promotion cases. Amaral is a former associate editor for the IEEE Transactions on Computers and a Distinguished Speaker for the Association for Computing Machinery (ACM). He received a Graduate Student Association’s Award for Excellence in Graduate Student Supervision. He is a Faculty Fellow with the IBM Center for Advanced Studies in Toronto and he has received the prestigious IBM Faculty Award for two years in a row. His research team was selected for the Project Team of the Year Award by the IBM Center for Advanced Studies in 2006. He is currently the co-chair of the Alberta Center for Advanced Studies. He received the 2012 IBM Center for Advanced Studies (CAS) Resarch Faculty Fellow of the Year award. He is an ACM Distinguished Engineer.